We are all Damaged People

Recently, a friend and I were talking on the phone about my trips into online dating and how I seemed to meet the opposite of what I was looking for in a relationship.

I could write a book on the disappointments I have dealt with, yet I am brave and I stick with it because I believe he is out there, somewhere, hiding under a rock maybe, but he is out there.

She encouraged me to keep going and reminded me there are a lot of damaged people in this world. WOW, her statement made me think. I went deep into my soul and came back knowing I was a damaged people magnet.

I knew I had to make some changes in my selections. Then, like a flash of lightning, I realized I had damages too. I thought about it and I knew exactly what my damages were. I also knew I had recently made some decisions based on that knowledge.

This was astounding to me. I sat down and allowed this revelation to light up my skies like a 4th of July fireworks display. 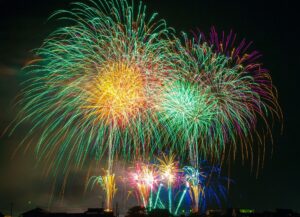 When I discovered my damages, I actually embraced them because now I knew I could set them free.

My eyes filled with tears of gratitude because I realized I had found my damages. I had unearthed them; I had dismantled them, and I reburied them so far apart they can no longer piece themselves together.

I had to chip away at my wilderness and fight the demons. I had to survive the tsunamis that I encountered and survive to thrive.

If my loving late husband had not passed away, I would never have been in that wilderness, nor would I have needed that 3-year journey into 2 therapies.

I had to be guided into doing the work, and I did the work. It propelled me forward into a new understanding and it was a 3-year journey.

Timing is everything and as I eased myself out of therapy, I was faced with not one but two situations where in a former life I would have moved forward believing I was the cure that was needed.

Not this time. This time I walked and left both situations in the dirt where they deserved to be. When I walked from the second situation, I realized I was no longer carrying the old damages. I thought it had taken me courage to walk when, in reality, it was the fact my damages were gone and I now knew I wouldn’t settle any longer for being the cure.

To make an appointment, go to heal.me/carolelsanek