Yes, finding a great relationship is never easy. What was easy was falling in love, or was it lust, in our 20’s.

It was easier and many times, too many times, it did not flourish; it withered and died. I have been there; I bought the t-shirt.

Here I am, older and not that wiser when it comes to men.

I decided (with my therapist’s help) to date. Goodness, has that been a life lesson.

I am 6 months into my grand adventure of looking for a great guy and finding toads. I have found way too many toads. I have kissed a few along the way too and I am surprised I do not have warts.

First guy out of the gate told me after 6 weeks he was having a tough time deciding between me and 2 other women. I decided for him; I ended it.

Bachelor #2 took me to lunch, and he had two alcoholic drinks and later that evening called me drunk on his ass, and I hung up the phone.

Bachelor #3 lived too far away and I should have known better BUT we remained friends and we talk every week, and I am happy to have him in my world.

Bachelor #4 started out really well. On our second date, I made the comment I thought our server was such a cute young woman. He asked me if I wanted her. I got up, told him he was an assh*le and left.

I could and should write a book about online dating for those of us who are older.

Summer merged with autumn and the pickings went from bad to worse and I asked myself if dating sites are filled with people who are losers, except for me, of course.

A dating “expert” advised me to change my profile from widowed to divorced hoping to stop the scammers. It worked a little and I am great at spotting a fake profile in less than 60 seconds now.

What it also did was put me in front of divorced men who, in total honesty, really lack tact in dating a widow. I would admit it immediately and explain why I did it. However, I soon found out I might be better telling the truth even though I had been divorced.

I kept trying. Nothing clicked until I had coincidentally liked a man I would not have chosen – instead of swiping right, left whatever I sent him a like.

I won’t go into details because I am not here to air any laundry. We had a lot in common. Unfortunately, I need a man who can take life seriously from time to time and understand not every emotional time is an opportunity to be funny.

I took myself off the dating site I was on. I am not going back there. I hope if there is some wonderful slightly sophisticated man out there in Greenvilleland he will find me organically and be my equal partner in the time we have left.

In the meantime, one last date – he told me he is active, loves to hike in the beautiful mountains here. I sat in my car watching for him to arrive. He was at least 20 years older than his photo; he walked with a cane and had a handicapped sticker on his plate. I bit my lower lip, and I met him because I know how horrible it feels when you are stood up.

We had a pleasant lunch and our conversation clearly told him this would not work.

Stay tuned – I may find someone and then again I may not. I just know and feel there is a special person out in “datingland” waiting to me a super special woman like me. 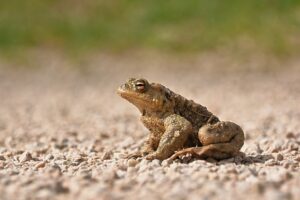 This site uses Akismet to reduce spam. Learn how your comment data is processed.

To make an appointment, go to heal.me/carolelsanek